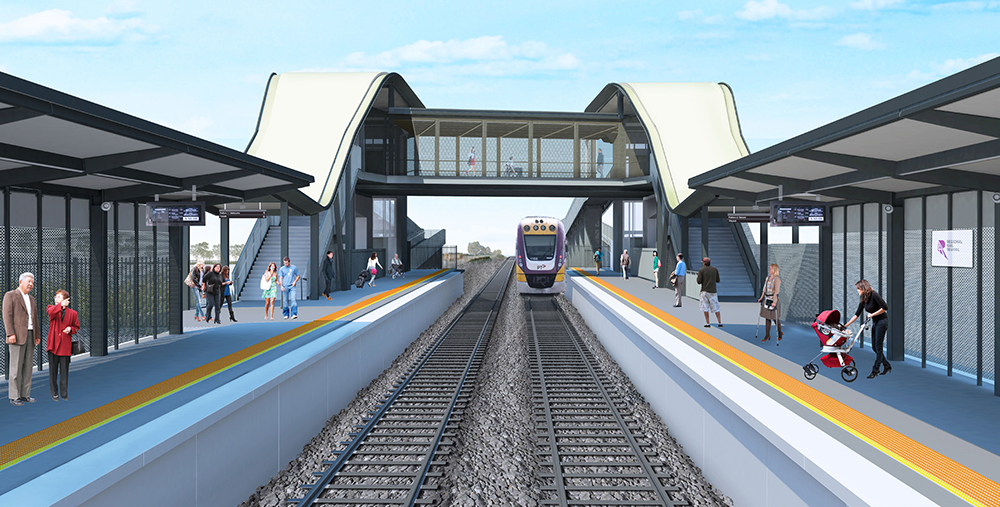 The Ballarat Line Upgrade Consortium revealed designs for the new train station at Cobblebank today.  From the media release...

The station will include an accessible pedestrian overpass, secure bike parking, a bus interchange and car park.

It is being delivered as part of the half-a-billion-dollar Ballarat Line Upgrade and will eventually service a community of 55,000 people, a massive increase from the area’s current population of around 1,000.

The new station will be near Ferris Road in the suburb of Cobblebank, and will be a central feature of a planned town centre that will include community facilities and retail shops.

Construction on the new station at Cobblebank is scheduled to start later this year, with preparatory works already underway. The local community is now being asked to have their say on landscaping at the station, with consultation sessions scheduled for late October and early November.

Visit our website for more information on the new station.